The Importance of Being Comfortable: LGBTQ+ Equality in the Workplace

More than 50 years on from the decriminalisation of homosexuality in England and Wales, Stonewall’s 2018 report LGBT in Britain is not all rainbows and butterflies. The report is worth reading in full, but to pick out some headline points:

“More than a third of LGBT staff (35%) have hidden or disguised that they are LGBT at work in the last year because they were afraid of discrimination”;

“Almost one in five LGBT staff (18%) have been the target of negative comments or conduct from work colleagues in the last year because they’re LGBT”;

“One in eight trans people (12%) have been physically attacked by customers or colleagues in the last year because of being trans”.

This fear and prejudice is obviously unpleasant for the people who suffer from it, and for that reason alone employers and individuals should work together to address the issue. As well as enabling individuals to feel comfortable being their authentic selves at work, it’s clearly in the interests of employers to ensure that all their employees are content.

Personally, I have almost always felt comfortable in my sexuality in my current role. However, I recognise that I enjoy two particular advantages regarding my office environment:

1. Most employees are reasonably young millenials who have grown up in countries that are more tolerant than they were even 20 years ago; and -

2. I’m based in London, a city with a developed LGBT culture and one which expects a turnout of 1 million people at its annual Pride parade this Saturday. In my opinion, it’s important to recognise this relative ‘privilege’ where it exists in order to understand the most appropriate steps we can take to maintain and enhance a culture which embraces LGBT equality. 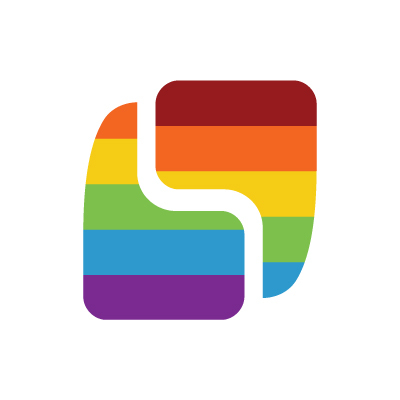 Everyone has the ability to positively impact the comfort of their LGBT colleagues - and you don’t need to even ‘actively’ support the LGBT cause to do this.

Having a positive impact can be as simple as avoiding voicing the presumption that someone is heterosexual, which often makes someone who isn’t feel uncomfortable. When it comes to the businesses we work for, we should and have the right to have high expectations. It can be easy to be cynical about organisations that show a visible commitment to equality during Pride month alone, but I would argue these demonstrations of commitment are valuable — particularly in helping reassure LGBT talent that have yet to enter the world of work.

Beyond Pride month, businesses can express their desire for all employees to be comfortably authentic at work by empowering senior leaders to show support for LGBT equality, training staff on handling anti-LGBT behaviour, and raising awareness.

With better support from more individuals and employers alike, I have hope that each year Stonewall’s statistics will indicate an LGBT population that feels safer and happier at work.