Though there have been countless, unprecedented challenges across the world over the past few months, one positive outcome is that we've all had more time this summer to slow down and learn new things. We caught up with a few of our leaders at AlphaSights to share one of the books they've read this summer that’s challenged their thinking or that they particularly enjoyed. At AlphaSights, learning is ingrained in our culture and we'd like to extend this value outward by sharing our favorite reads and hopefully inspire you to continue your development journey. 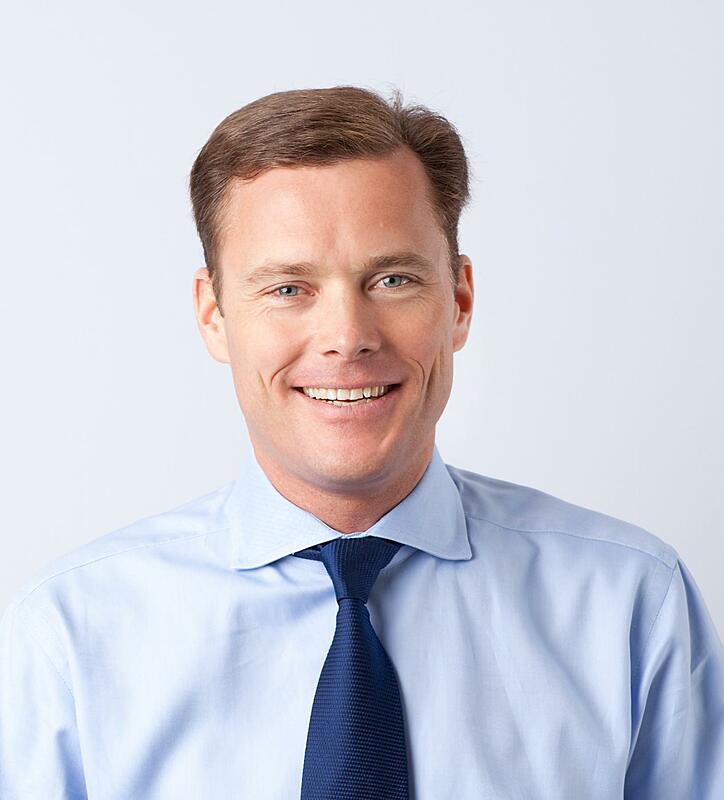 I fear that too many of us today are taking democracy — government of the people, by the people, for the people — for granted, as if it was the default that things would simply settle into if we left them unattended. This couldn’t be further from the truth, as democracy only survives if a complex system of norms and institutions, like open and fact-based public discourse, educated and values-upholding citizens, independent and vigilant media, fair elections, strong and impartial courts, to name just a few, act in concert to uphold this precious form of societal rule. This book by leading democracy scholar and Stanford Professor, Larry Diamond, is a painful eye-opener that American democracy is under attack from both the outside and from within. And without a strong, democratically healthy and globally engaged America, the prospects for many other democracies around the world are dim. The book is also a timely reminder that we are not just business people, or doctors or lawyers or teachers— we’re also citizens, and we need to take our duties as such seriously if we want to preserve democracy for our children and theirs. 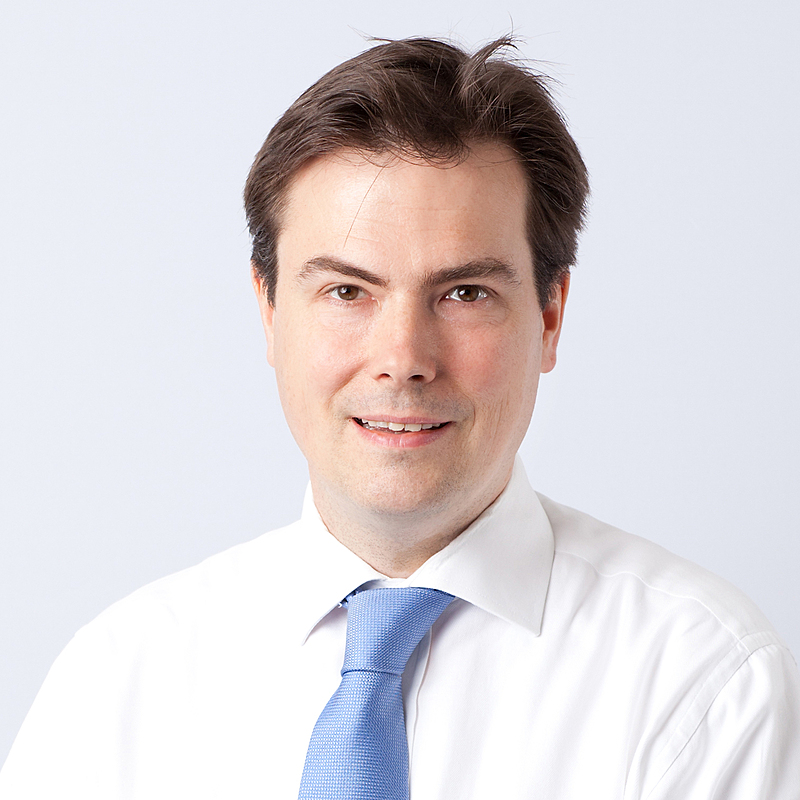 The Hare With Amber Eyes: A Hidden Inheritance by Edmund de Waal

This is definitely one of the most fascinating family histories, beautifully told over the last two centuries. It's a reminder of the fragility of things and how quickly lives and paths can be altered. We may be several generations away from the destruction of lives and livelihoods almost a century ago, but the probability of recurrence of events in a different guise is not as remote as one may think. In a world that is becoming less connected, resilience in the face of the challenges posed by a changing world is a key quality, and we are reminded how important it is to read the signs and adapt.

First and foremost, however, this remarkable memoir weaves together places and continents (in times the world was considerably more connected than it is today), exploring humanistic ideals and values, and incessantly offering glimpses of beauty and creativity, whether through literature or art.

Who Moved My Cheese? By Spencer Johnson

This is one of the most thought-provoking books I’ve ever read. It’s a very short and simple tale about ‘little people’ and mice that reminds us how important it is to always be ready for change and not rest on our laurels. Change is rarely easy, as it takes courage and skill, but change is the key to long-term success. I re-read this book regularly to keep myself inspired and motivated to keep changing every day. 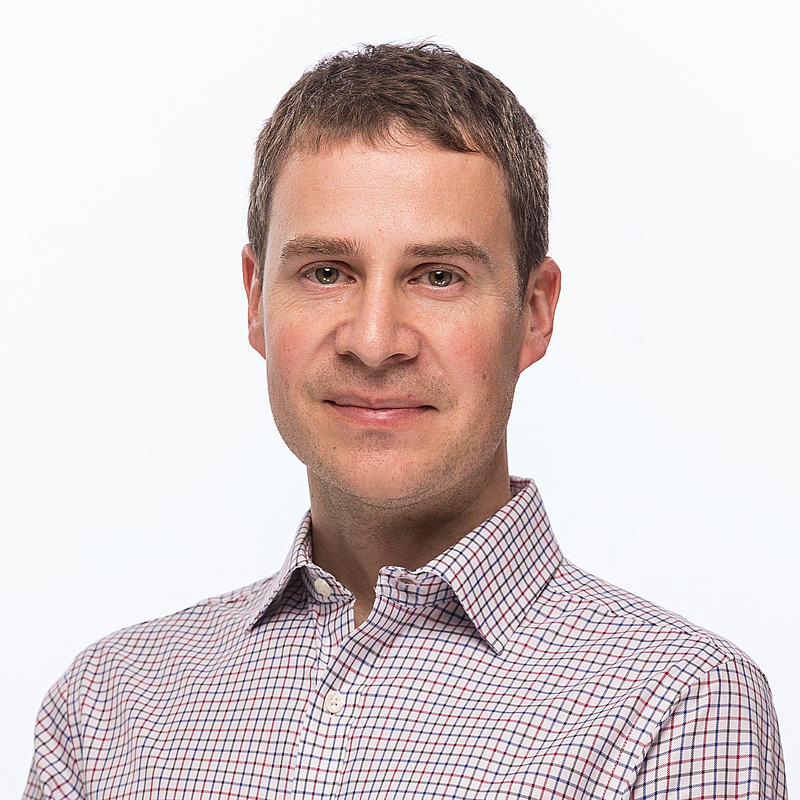 Creativity, Inc., Overcoming the Unseen Forces that Stand in the Way of True Inspiration by Ed Catmull (President of Pixar and Disney Animation)

Creativity is fairly well studied and understood at the individual level, but driving creative change at the organizational level is exceedingly difficult. There are a lot of nuggets of wisdom in the book about how to "manage" creativity, but also quite a few insights about management in general. A few teasers:

"The desire for things to run smoothly is a false goal— it leads to measuring people by the mistakes they make rather than by their ability to solve the problem."

"There are many valid reasons why people aren't candid with one another in a work environment. Your job is to search for those reasons and then address them." 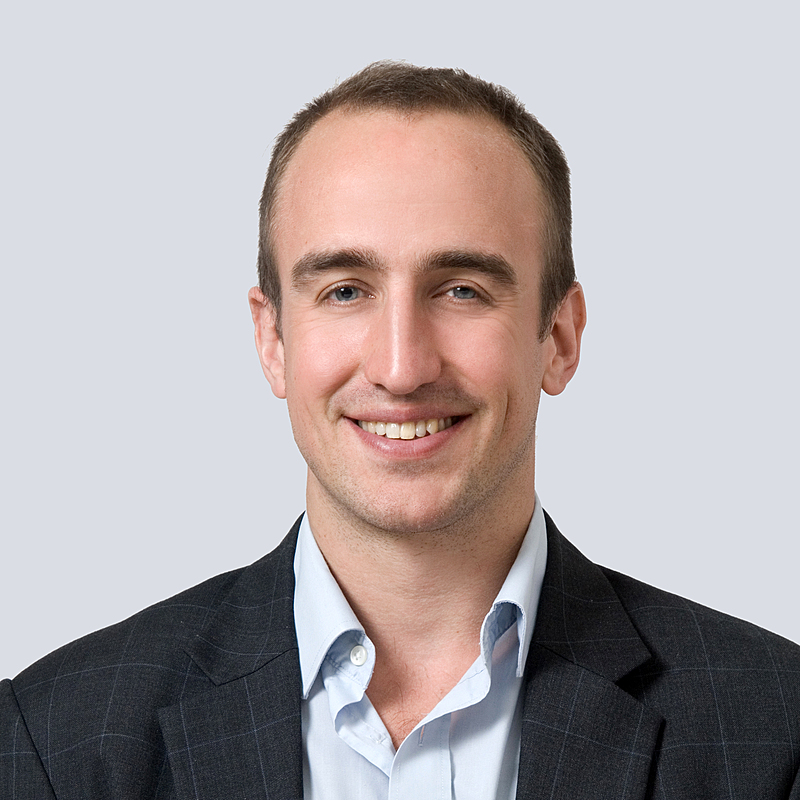 Autobiography: The Story of My Experiments with Truth by Mahatma Gandhi

It seems a little silly to make the comparison to one of human history’s greatest figures, but in many ways, Gandhi was a strong example of what we want in a modern manager. He was a shining light of authentic leadership, fearless in speaking truth to power, and someone that constantly reflected on his own behaviour, mistakes, and short-comings without becoming self-indulgent. He was open-minded to influence and wisdom from all angles— a paragon of individual humility, servant leadership, cogency, and integrity. Gandhi was suspicious of material pleasures and inured against physical pains, and whilst being immensely principled, he still seemed to treat all people with kindness, tolerance, and respect.

Nothing was a given for Gandhi. His progress was not particularly direct, as it took decades not days, but his curiosity was endless. Nobody told him what to do and what to think, and he recognised that truth was something you discover through experience, experiment, and always asking yourself another question. You can surely learn a great deal about how to be a better person but also how to engage with the rest of the planet from this book, so the lessons couldn’t really be more timely. 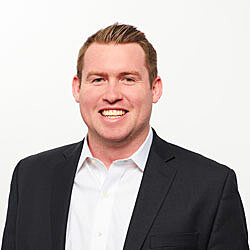 There are very few books backed by proven research that focus on how to maximize individual performance at work and exponentially improve your rate of learning with practical tips. Great at Work is an excellent guide to better understanding why it’s critical to adopt a growth mindset, use singular focus areas as leverage to increase impact, and redesign your workflows to unlock superstar performance.

For me, this book helped me better prioritize what matters most (“do less, then obsess”), collaborate more effectively with my colleagues, and continually find passion and purpose in what I do every day. Additionally, I’ve been able to implement these concepts beyond work to achieve a great balance in my overall life. Highly recommended for anyone looking for the keys to working smarter and becoming a top performer! 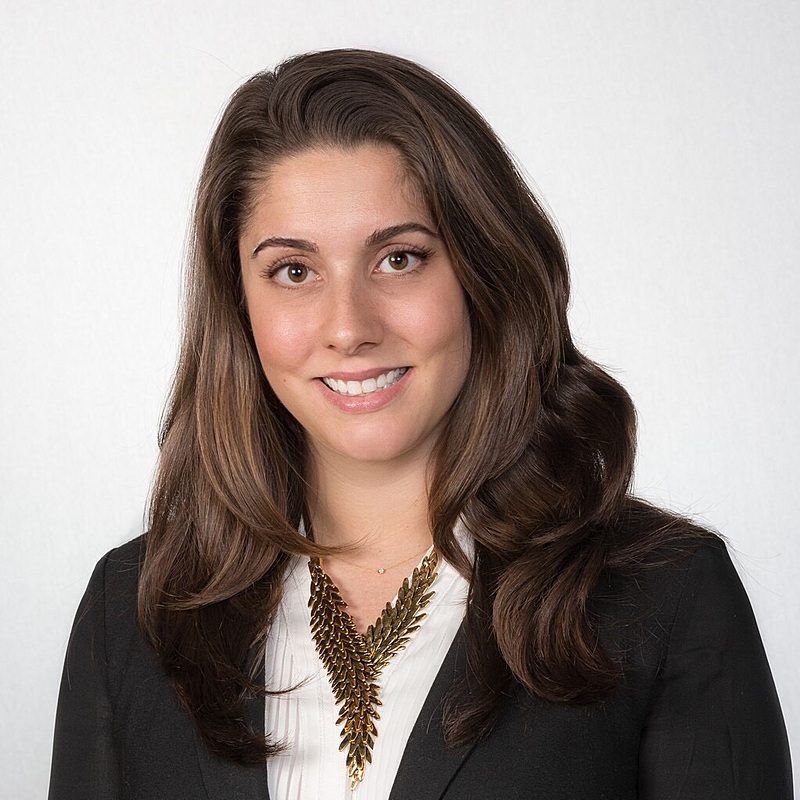 The Culture Map: Breaking Through the Invisible Boundaries of Global Business by Erin Meyer

This book is particularly relevant to the work we do with our international colleagues and clients, as well as the fact that we’re interacting with experts based all over the world at any given point in time. This helped me not only better understand others but also made me more aware of my own subconscious tendencies as an American in business. 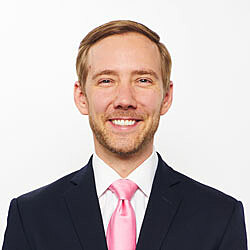 Women in the Workplace: 2019 Report (McKinsey)

This report has challenged my thinking every year. Since the #metoo movement, thankfully organizations are taking persistent issues, such as the pay gap and promotion gap, very seriously. AlphaSights has been positively influenced by this report, and we continue to improve our Professional Development and HR practices based on the findings and recommendations. I encourage anyone to read these important findings and related literature, such as Lean In by Sheryl Sandberg, and explore McKinsey’s Diversity & Inclusion page. 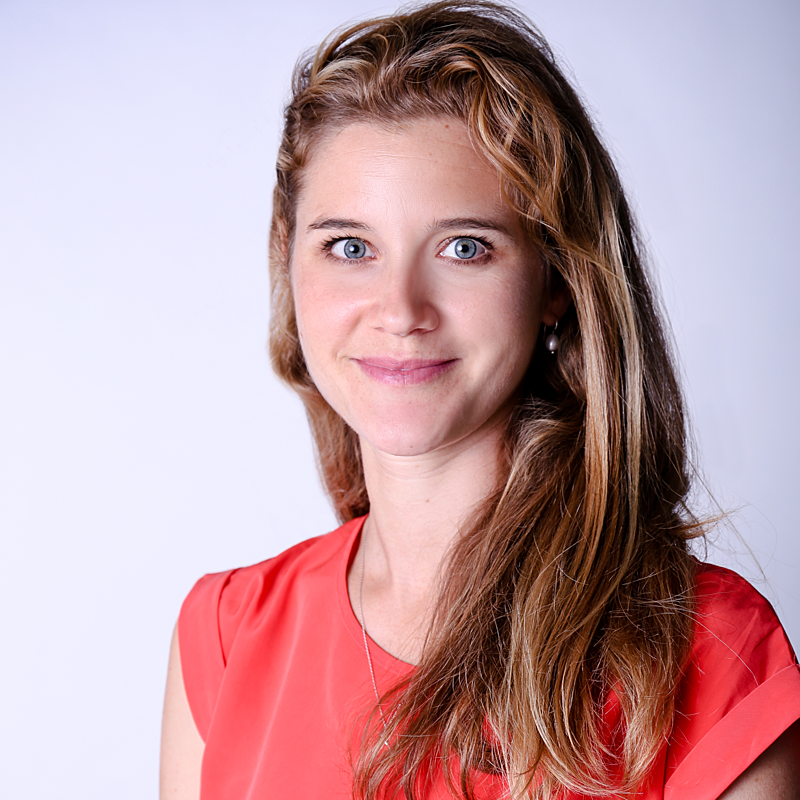 First They Killed My Father by Loung Ung

While in Cambodia on a wonderful holiday, I was recommended this book. The stunning sights and sounds of an increasingly prosperous nation were clearly juxtaposed with the pain and suffering that had gone on before— something I had not fully appreciated prior to the trip. The book is autobiographical and tells the story of a middle-class girl and her family forced out of Phnom Penh by the advancing Khmer Rouge soldiers. Life became increasingly strained as they moved from camp to camp where they had to hide their affluent upbringing, including her father having to disguise his status as a government worker because those educated were deemed in conflict with the regime. They were forced into abject poverty, with starvation killing many of their family and friends over the years of occupation. The resilience shown by this family in the face of such adversity, pain, and suffering was truly remarkable. The importance of family, strong values, and humbleness shone clearly and contrasted strongly with the modern trait of obsessive materialism to denote success. 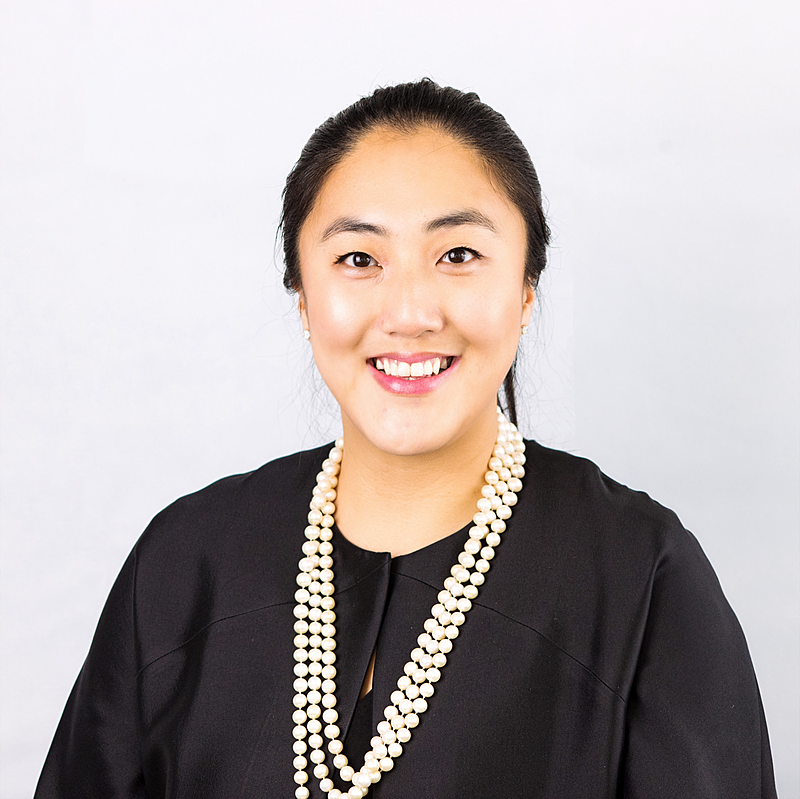 Grit: The Power of Passion and Perseverance by Angela Duckworth

Angela Duckworth’s book gave me insight into what makes individuals successful. I particularly enjoyed her scientific approach as a psychologist in understanding people’s motivations that drive certain behaviours and outcomes. Specifically, out of all the individuals or groups of people from military cadets through to senior leadership in private companies, success came down to one thing— grit. “Grit is passion and perseverance for very long-term goals” and persevering, not just days, weeks, months, but years to make your goals into a reality is what drives success. Life, whether that is at work or not certainly will throw you a lot of lemons and by working hard, pushing through the difficult challenges is what will drive for you to grow as a professional and as an individual. Finally, failure isn’t fixed, rather a journey towards success and having grit in-built into an individual’s ethos and values are what will make them successful. 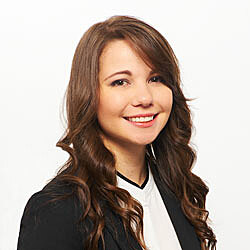 The Culture Code: The Secrets of Highly Successful Groups by Daniel Coyle

When my team was small, culture was something that naturally arose through a series of unspoken collective behaviors and ideals that the group adhered to. As the team grows and becomes more dispersed, it’s become evident how crucial culture is to unify groups, make people happy, and provide a platform for great work. This book is a helpful action-oriented resource backed in stories to think about how teams/leaders build culture and, when necessary, transform it.